Sometimes, in electronic music, there’s just the need of creating progressions that are simple enough to be catchy yet with enough interesting variations to keep listeners on their toes.

One of the ways to achieve such a result is moving elements in and out of a quantized tempo-related grid. Although, if we wish to preserve the core of the tune without taking a detour toward experimental territories, there’s an important balance between freeform and well defined elements to be considered, which points to establish an anchor of solid and consistent referring points along with an ensemble of detailed unpredictable additions.

If we shrink down this concept to a single instrument, it might get even trickier and there might come a point where we’d want to look for a powerful, optimized process that could just craft this idea for us. One of the best choices is to work with our MOOR device, part of the OOG series, and its Bend and Chance parameters.

MOOR is a MIDI sequencer, therefore we’re gonna need an instrument to play its note messages (in this example, we’re gonna use Ableton Live’s Wavetable. It’s also important to create some musical enviroment around our line, in order to make the fluctuation even more perceivable and surprising. In this demo, our steps are gonna be defined by a beat and a pad+bassline.

1 – We start by laying down a flat succession of notes. We can either insert them singularly on each step or we can play with the random notes chance parameter in the external window. To create the effect that we’re looking for it’s usually best to work with longer progressions, so we’ll set the sequence length to 16 steps for now. A variable velocity is also good to create dynamic repeating melodies. 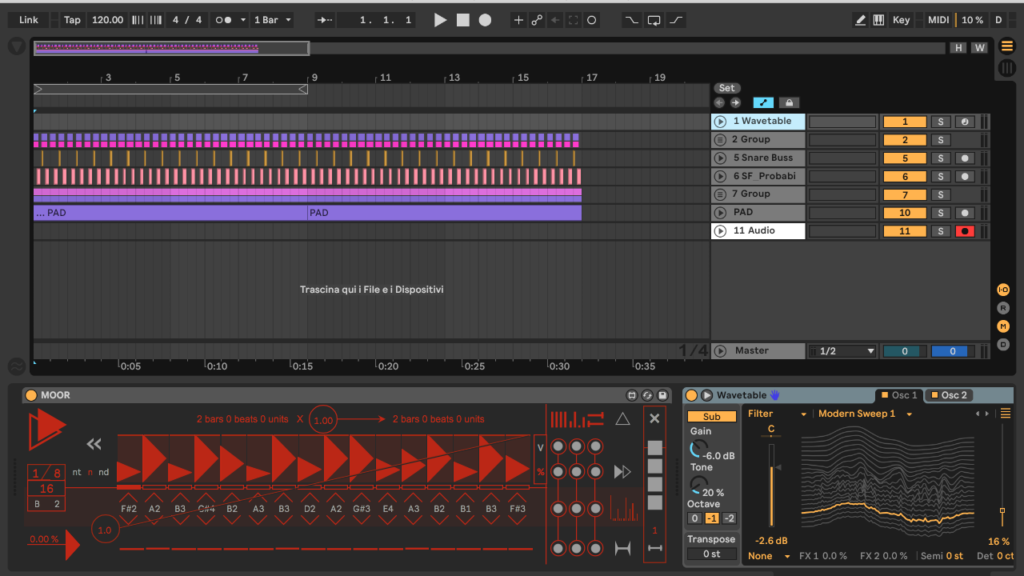 2 – Now that we have a sequence that we like, we should start adding a bit of randomness in the sequence itself by playing with the Chance (%) parameter. Before we do so though, we must choose which notes are going to be the anchor of our unpredictable progression, in order to keep it catchy: those ones are going to be always playing, so their chance must be set to 100%. After this, we should evaluate the importance of every other note and, like a pyramid, assigning a descending scale of Chance values. 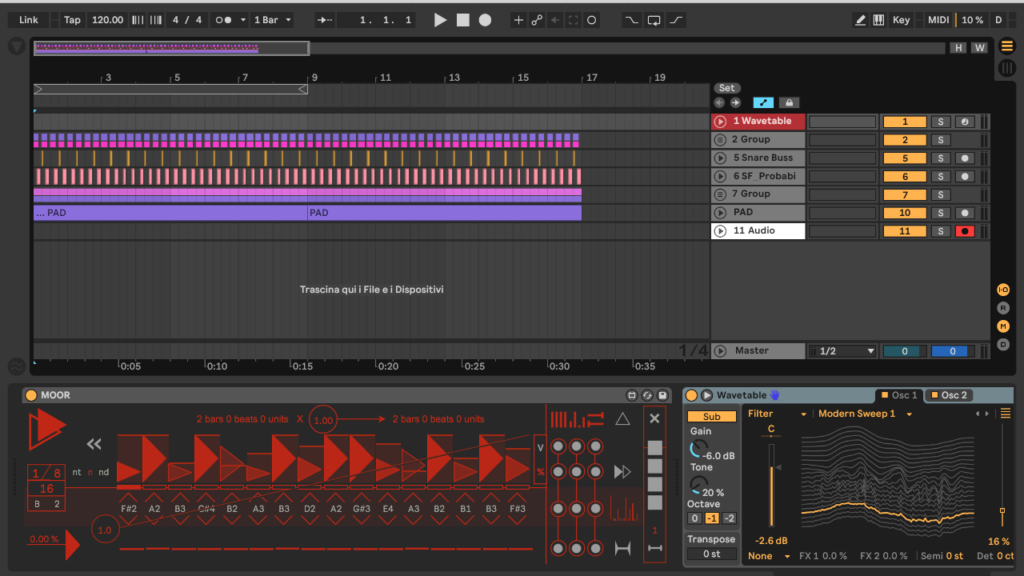 3 – Our melody is already changing on its own and became a bit more interesting, but we can still hear it being so quantized and kind of static. This is the reason why we’re now going to have fun with the Bend parameter: changing the number in the circle creates either a rushing or dragging movement that might become potentially extreme, but in this state our sequence’s gonna loop in sync with our master tempo anyway. By doing this, we turned a static sequence into a totally liquid and unconventional one yet maintaining the presence of our main notes consistent and setting the boundaries for it to be looped in a very conventional and musical way. An additional trick is to create an automation in Live for the Bend parameter, so that we can control the movement in relationship to the whole context, and moving it so that it keeps falling on the 1.0 value, essentially spicing up our straight sequence with occasional flutters. 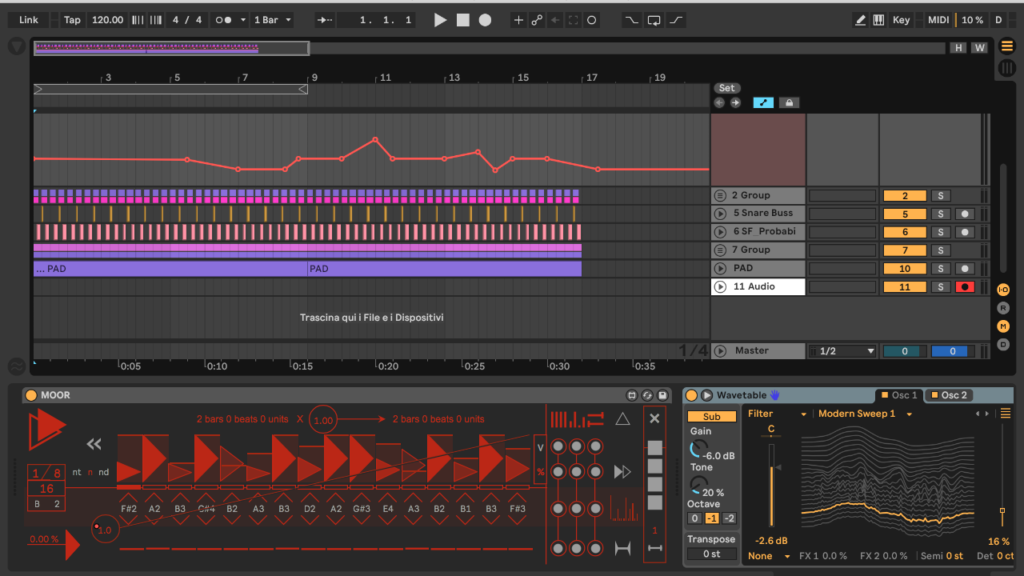 Having this kind of controlled “sloppiness” of a single melodic line can be truly helpful in making a tune both catchy but also fresh and unexpected. A lot of ideas can emerge from apparentely weird starting points like a free sequence, and the structure of the tune can easily follow the input of MOOR and its inspiration.