0
was successfully added to your cart.
InterviewsK-Devices

By David Abravanel November 21, 2019 No Comments 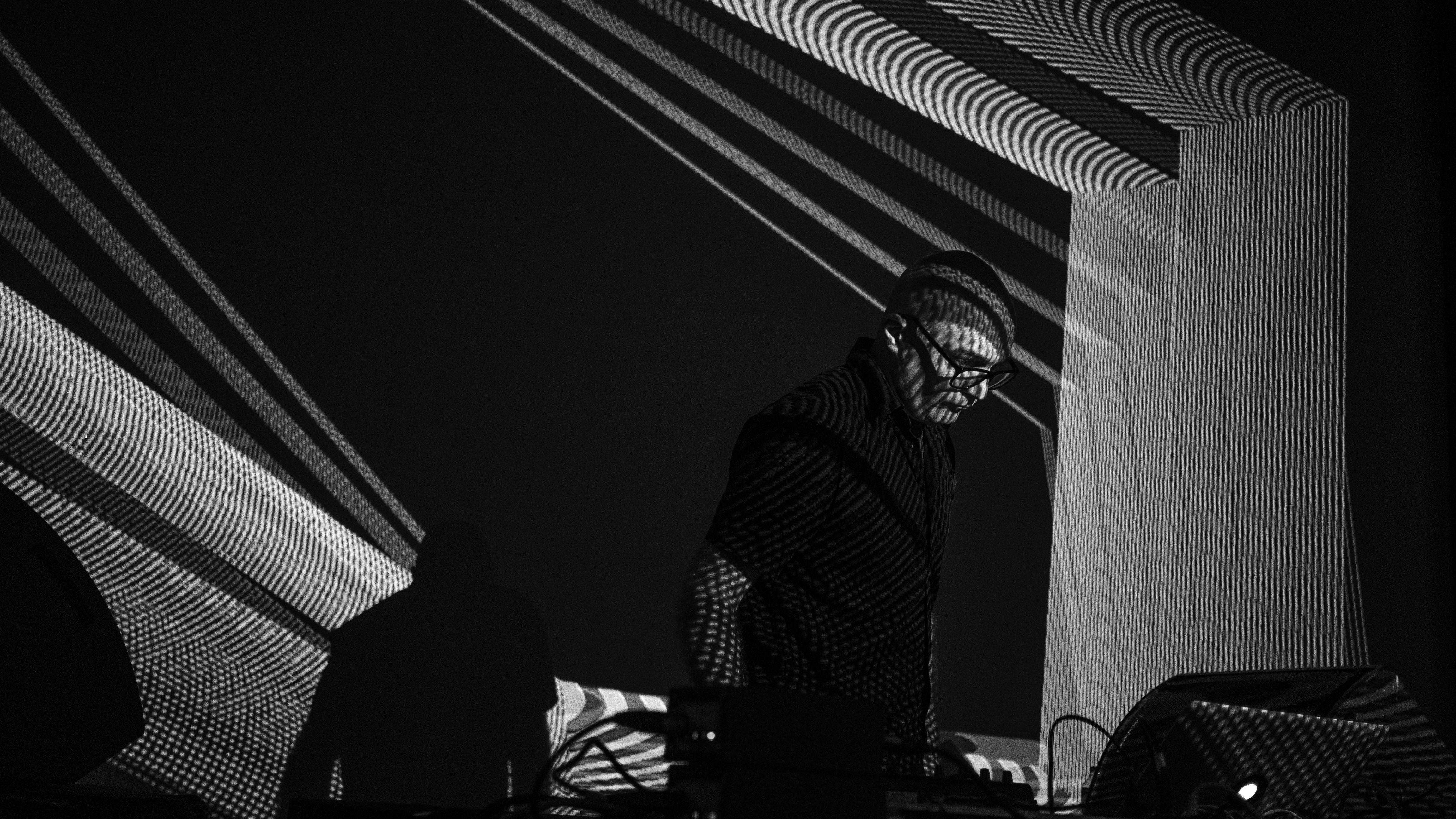 “Art has to be extreme” – Julien Bayle

“Silence” and “Violence” may seem at odds with one another as concepts – but that’s where the enterprising sound sculptor gets to work. For Julien Bayle, such abstract concepts as disruption, structure, and progress have informed immersive and thought-provoking audio-visual works. With his last album, Violent Grains of Silence, on Elli Records, Bayle continued in the legacy of the likes of John Cage to mine the impossibility of true “silence” – absence of sound – finding an impressive array of definitely non-silent possibilities.

There are perhaps few artists who have immersed themselves as much in the merger of theory/aesthetics and the cutting edge of audio/visual technology to the level of Julien. What’s more, as an Ableton Certified Trainer, Julien possesses a rare ability to bring difficult concepts to life in accessible conversation.

David Abravanel caught up with Julien in between projects, to discuss Max, working off the grid with the K-Devices OOG series, and where uncertainty and determinism fit in his work.

Where did the title of your last album, Violent Grains of Silence, originate? It does sound like granular synthesis plays a major role on a number of tracks.

You got it, it is related to granular synthesis. This process is very interesting as it involves raw matter, previously recorded, captured, that we played in very unusual ways. The best representation of this concept is a memory in which we store a sound recorded. Then, we create a way to play slices of sounds from this storing object. Each slice is a part of the memory with specific start and end points, a specific pitch, a specific duration. Computers allow us to have a huge number of slices, more or less tiny, deploying in a pitch / time space and for which we can use randomness too. These weird sound structures can be called clouds of sounds, clouds of grains.

Violent Grains of Silence started with two hours of silence recorded in Laboratoire de Mécanique et Acoustique CNRS research lab in Marseille. These two hours were precisely cut following a specific process in which I wanted to include eight specific calendar dates of my life. The duration of each track is related to this. Each track figures a different way of using this sound recording. For some tracks, I amplified the almost white noise in the recording and used it as a way of modulating pure sounds. In some others, I used it brutally as a sound source and I played with it.

In all tracks, I played previously recorded material and had to deal with it in many ways, scanning it, playing it, looping it, destroying it. For me, intimately, it has been a way to deal with the past by merging it, reinjecting it in the very present and manipulating it to erode it.

Performing is about pure energy delivered vs listening at home is about something in a totally different temporality. The instance of performance is unique and should be felt as a unique moment, a unique feeling depending on how people feel on that day, and how I feel this same day. It is an encounter between me and the audience.

I’m really busy on stage, as it is like me presenting and delivering a lot of feelings using my machines, a lot of sensorial stimulations using sound & visual stimuli.

I often compare a sound recording to a book. This is a very different moment for me when I record, process and master in which I’m writing. I know people will listen to it in many places and the writing, the recording can be listened to multiple times.

About sound art & music, as a term “music concrete” makes sense with Schaeffer and especially with the generalization of music concepts to sound objects. I’d say that music can and even should be used for describing what people calls sound art. Cities’ background noises are music and should be considered as this. It is very anthropocentric to consider music as the production of humans only.

You’ve been using Max/MSP for many years, and have marketed your own Max for Live devices in the past. What originally brought you to Max?

Max 8 provides me with a framework in which I can create my own logics, sample and play signals (audio and control signals), generate sounds (synthesis), analyze anything from signals to video matrices to data, work with visual forms, use pre-recorded video and much more. It is the most innovative and mind-blowing tool for me in these past 30 years. Add an Arduino and you can have Max 8 touching the tangible world and getting feedback from it.

I keep using Max because I can have all type of modalities for representing the world in one box only, from sound to visuals to mathematics. I used it a lot also in collaboration with Laboratoire de Mécanique et Acoustique in Marseille, France. They are using it for acoustic & scientific experiments and it gave us a common language for implementation.

How did you discover K-Devices?

I keep an eye on what’s going in communities, marketing. I have been interested from the beginning in K-Devices’ approach of oddness and uncertainty (with probabilities). I felt trapped in the rigid jail of step sequencers and I always built step sequencers that could have step length and step numbers altered in real time to create more variations, unbalanced moments and disruptions.

I was working on some specific custom devices when I saw the OOG series. I used my devices combined w/ OOG for some researches and some ended with audio-visual outputs too.

The K-Devices series is very interesting and flexible; so, even with someone like me who is used to building and rebuilding my very own custom tools, I started to use their devices. They are working fine, fast and out-of-the box! I like this.

Both are two sides of a same object. They both involve time and space, playing with them in different manners, sometimes.

I see both deploying in space and time.

I like to play with balanced and unbalanced territories, concepts of symmetry and oddity, because it pushes the audience into spaces that it is not used to being. For example, creating a massive flow of information on the screens and having a very subtle sound can produce something weird in the brain, something confusing. In these territories of confusion, the artist can reach some parts and deliver the message she/he wants to deliver.

I think we can’t touch the very core of people with art by just showing the world as they already see it. We have to unbalance them a bit.

Using audio and visuals is a way, for me, to unbalance the audience, to saturate some senses. It sounds like hacking in the sense of exploiting some breaks to deliver the payload. Art has to be the society’s hack, the tool that shifts ideas, the way to disrupt, politically.

I’m also very interested by the opposite process: desaturating senses, pushing an audience to keep quiet, and subtle listening to very tiny sounds. I haven’t explored this territory enough yet. I will.

In any cases, art has to be extreme. Silence, noise. Hard vivid light to complete darkness. In pure noise, there are shades, as well as in pure silence. We can have huge room for expression even in extreme forms.

K-Devides designs and develops innovative tools for music creation, since 2010.

for exclusive news and deals!